Clive Owen LLP has warned contractors that they could be hit with extra tax bills following changes to IR35 tax rules.

The Chancellor, Philip Hammond, announced in last week’s Budget that he intends to introduce laws to counter “disguised employment” for contractors operating in the private sector.

In April 2017, a similar onus was placed on public sector bodies and organisations, which generated millions of pounds in additional revenue for HMRC. A significant number of public sector bodies began to deduct tax and national insurance from payments made to contractors, as well as pay national insurance themselves, rather than run the risk of penalties being charged by HMRC.

However, with approximately five times as many people working in the private sector compared to the public sector, it was announced that the changes will only apply to “medium and large” businesses.

Lee Watson, tax director at Clive Owen LLP, said: “In essence, the changes, to be introduced in April 2020, mean that the employer will be required to determine whether they believe that the contractor could be regarded as an employee rather than an independent contractor. The onus for determining status and applying the IR35 rules has always been on the contractor in the past but this burden will switch to the private sector organisation for whom the contractor is undertaking work.” 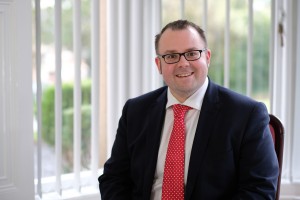 rganisation will be required to determine the ‘employment status’ of the worker, by considering a series of tests set down by HMRC including financial risk, the ability of the contractor to profit from sound management, substitution rights, the control exerted over the contractor and the intention of the parties. There are numerous other tests that require consideration and each case will need to be judged on its own merits.

This will clearly put additional strain on private sector resources as well as additional national insurance costs if the contractor is deemed to be an employee. There is also a significant risk of penalties if the tests are wrongly applied by the private sector organisation.”

Lee continued: “It is good news that small businesses will not be impacted by these changes, as the changes could put further undue stress on smaller family companies and businesses who are already struggling with red tape, but we await an official announcement of where HMRC will draw the line between a small and a medium business.

“I strongly recommend that companies audit their workforce to ensure that they will be compliant with the new rules well ahead of the April 2020 implementation date.

“This will identify where there is a potential risk and businesses can take steps to mitigate the impact of the changes and ensure communication with contractors, who could see their take home pay cut.  It may be that consideration is given to re-negotiating and re-drafting contracts both from a legal and financial point of view.”