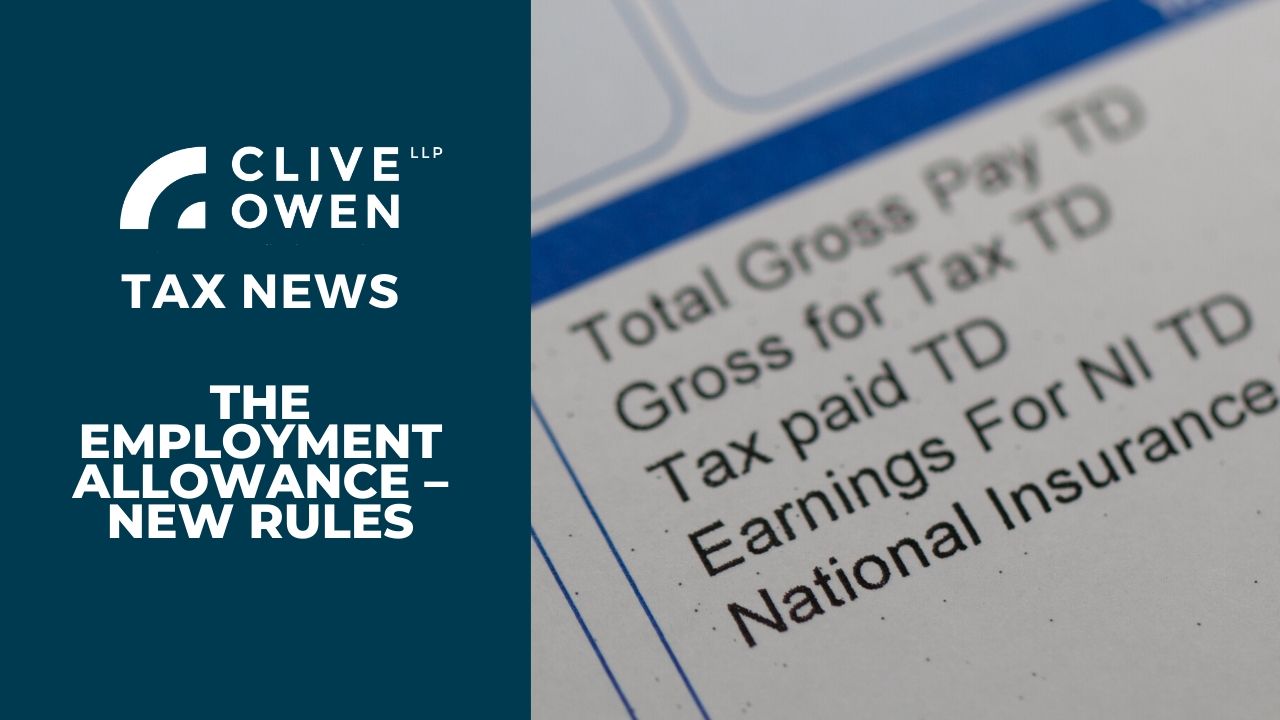 The employment allowance was introduced in April 2014 and allowed employers to claim a reduction against their national insurance bill.

When it was first introduced, the allowance was £2,000 but this has since increased to £3,000. In the General Election campaign, the Prime Minister hinted that the allowance may be increased to £4,000 from April 2020. Hopefully, confirmation will be received at the upcoming Budget.

However, what we do know for certain, is that there are further changes planned regarding a business’ eligibility to claim the allowance, from April 2020 as our article from August 2019 indicates.

To re-cap, the first change is that the allowance will only be claimable by those employers who have paid national insurance of less than £100,000 in the previous tax year.

The second change is that the employment allowance will fall within the EU rules for state aid and as such employers will need to include the allowance when calculating whether their state aid limit for their trade sector, has not been exceeded, for a three year period. The limit is €200,000 for most businesses but smaller limits apply to other sectors. Bearing in mind that state aid can include grants and R&D tax relief, businesses should be considering those payments/reliefs, when calculating whether their limit has been exceeded.

The other change is that employers will need to make a formal claim for the allowance. This will involve declaring to HMRC that:

Our payroll team are fully up to date with the changes and would have happy to discuss this with you, please contact our payroll team here or call us on 01325 349700.