Clive Owen Team Gearing up for Race for Life 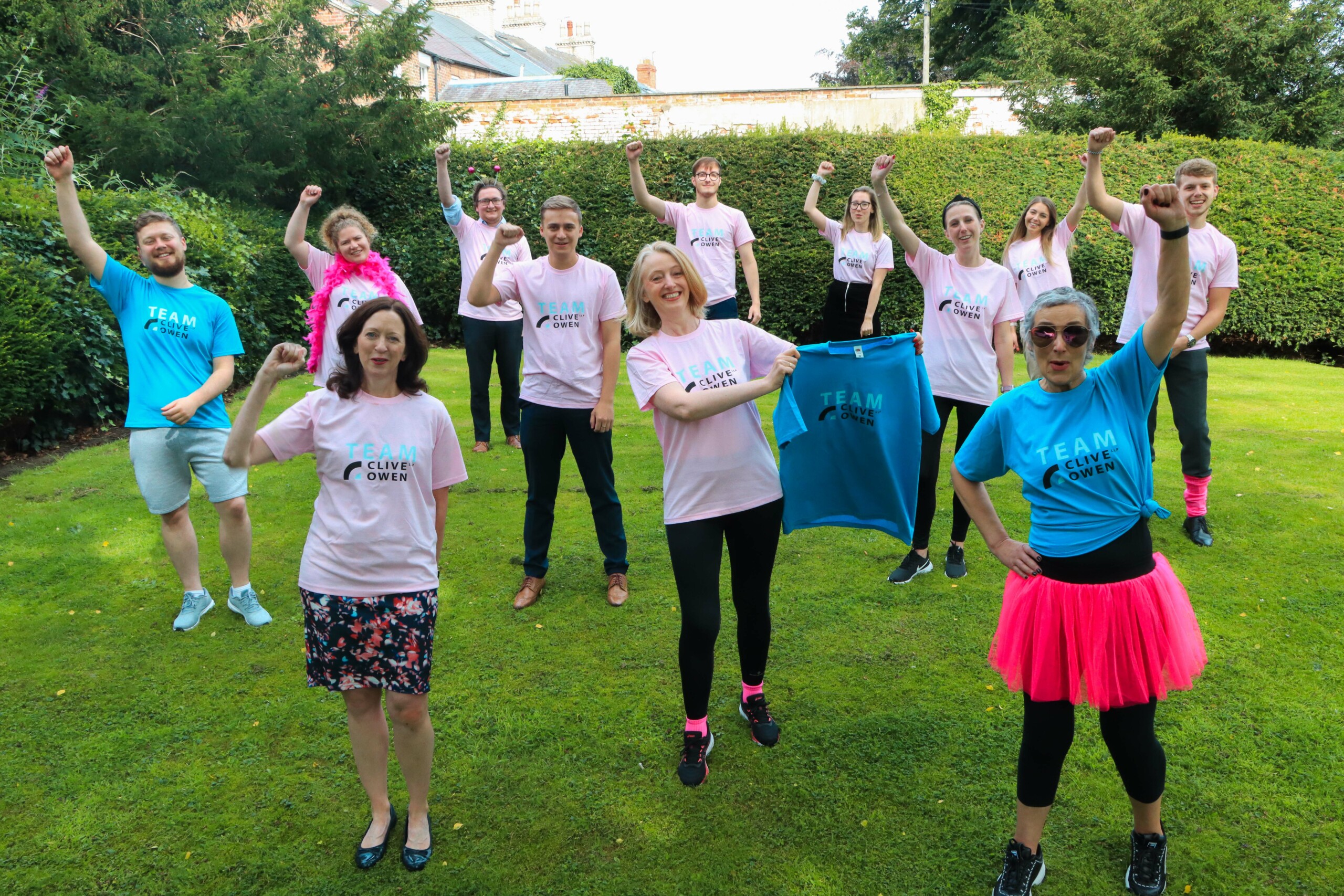 A team from Clive Owen LLP is in training to take part in the Darlington Race for Life to raise money for Cancer Research UK.

The Race for Life is Cancer Research UK’s biggest series of fundraising events. It started 26 years ago as a women-only event. The first event was held in Battersea, in 1994, where 750 participants raised £48,000. Since that point, Race for Life has grown into a series of hundreds of events across the country, raising nearly £900 million towards beating cancer over the last quarter of a century.

In 2019, for the first time, the Race for Life opened its doors to men to participate too, making it a truly inclusive event, giving people the chance to come together with their family and friends, and join the movement to beat cancer.

The 2020 events were cancelled in the wake of the pandemic but the Darlington 5k is taking place on Sunday 5th September in the town’s South Park.

The Clive Owen team, which numbers more than 20 staff, including several taking part in the York event later in September, has set a target to raise at least £2,000. Many members of the team have a personal reason for supporting Cancer Research and completing the event. One valued colleague will be two years cancer free as she races.

Ben Moody, Digital Marketing Executive, said: “I have many important people in my life who have been affected by cancer, but one person in particular comes to mind.

“My mum was diagnosed with breast cancer in the earlier part of this year. Cancer is a terrible disease but, it is not just the effect the disease has on the body but every aspect of life. I’ve proudly watched her fight as she is undergoing her treatment.

“It is because of all this that I decided to participate in the Race for Life, so I can give a little back on her behalf.”

Lauren Davies, trainee chartered accountant, said: “In 2009 I lost my Auntie Gwen, it’s been 12 years since her death, but she remains a vital part of our family. I’m running to help raise money so that other families get to hold onto their family members rather than just hold their memories in their hearts.”

Nicola Bellerby, partner at Clive Owen LLP, said: “Fundraising has been really hit by Covid and the various lockdowns, so we are delighted that the Darlington Race for Life is back this year.

“It’s a wonderful event that brings people together and particularly so after the pandemic has been so difficult for many of us. Joining up to do the race with colleagues in person will be very special and it doesn’t matter if you walk, jog or run as anyone can join in, even as a supporter or spectator, to raise much needed funds. This year, I am running in memory of my father-in-law who sadly died of a brain tumour in May.

“Part of the ethos of Clive Owen LLP, is to support our communities, engage with local good causes and raise money for charities that are close to our heart. This is another great example of that in action.”

Cancer Research UK is a world leader in finding new ways to prevent, diagnose and treat cancer. It receives no government funding for its research and relies on the funds raised by individuals and businesses.