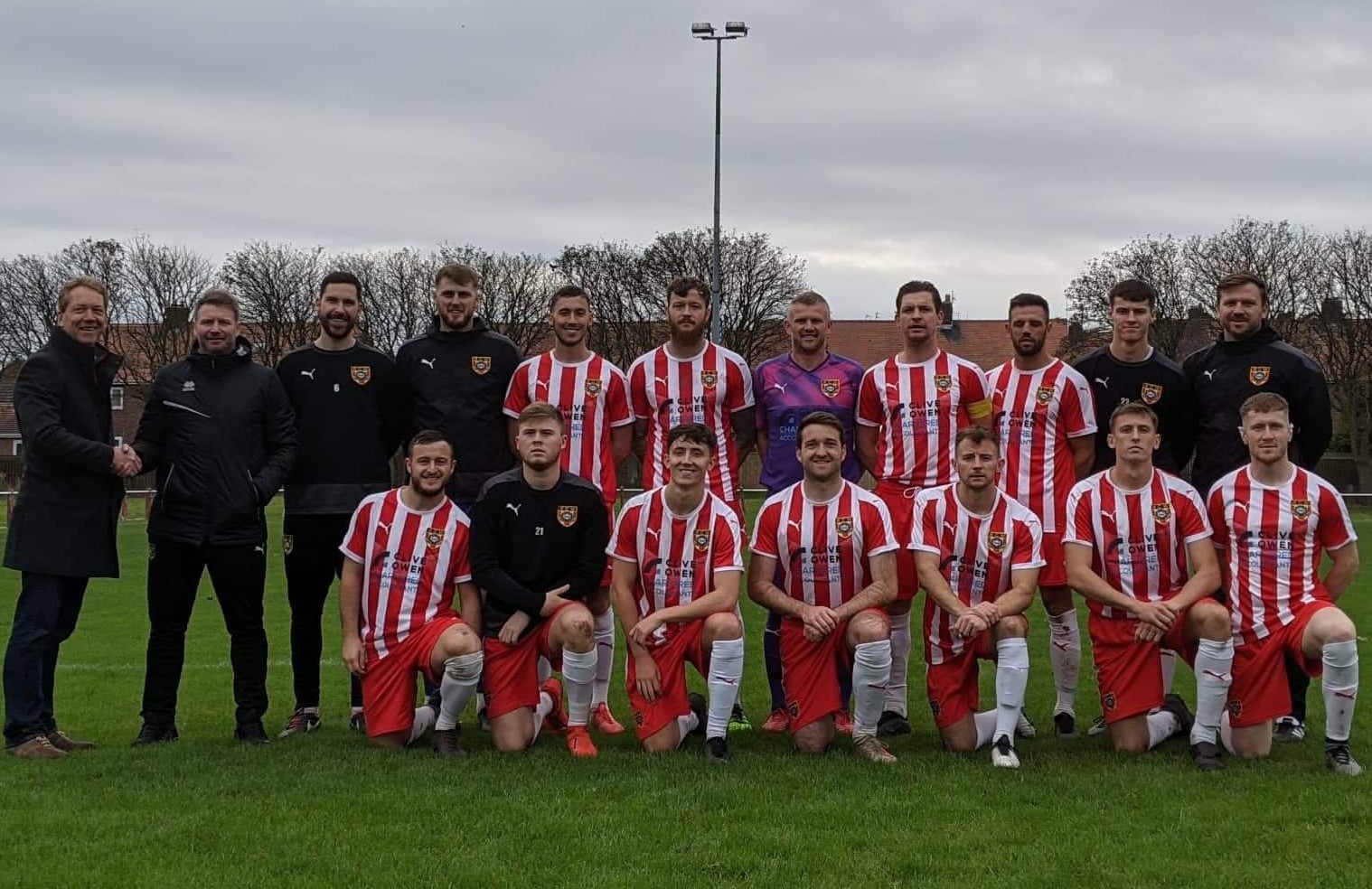 Clive Owen LLP has continued its support for a local sports team by again sponsoring the home kit for Ryhope Colliery Welfare FC.

Gary Ellis, managing partner at Clive Owen, was delighted to extend the firm’s support for the historic football club.

The club plays in The Ebac Northern League, placed at Step 9 of the English Football League System and in Step 5 of the Non-League hierarchy.

Gary Ellis said: “It is even more important than ever that local businesses support grass roots sport to enable teams and clubs to recover from the financial effects of the pandemic and restart the fantastic work they do in local communities.

“Ryhope Colliery Welfare FC is close to our heart and it’s fantastic that we can continue our longstanding relationship with them. I am very proud when I see the team running out in our kits.”

Darren Norton, Chairman of Ryhope Colliery Welfare FC said: “We are incredibly grateful for the sponsorship from Clive Owen and really appreciate that a local business is willing to support our team. Sponsorship is essential for smaller clubs to survive, and Clive Owen has been very generous.”

« Autumn Budget 2021 – Lee Watson, my predictions
Payments on account – what are they? »