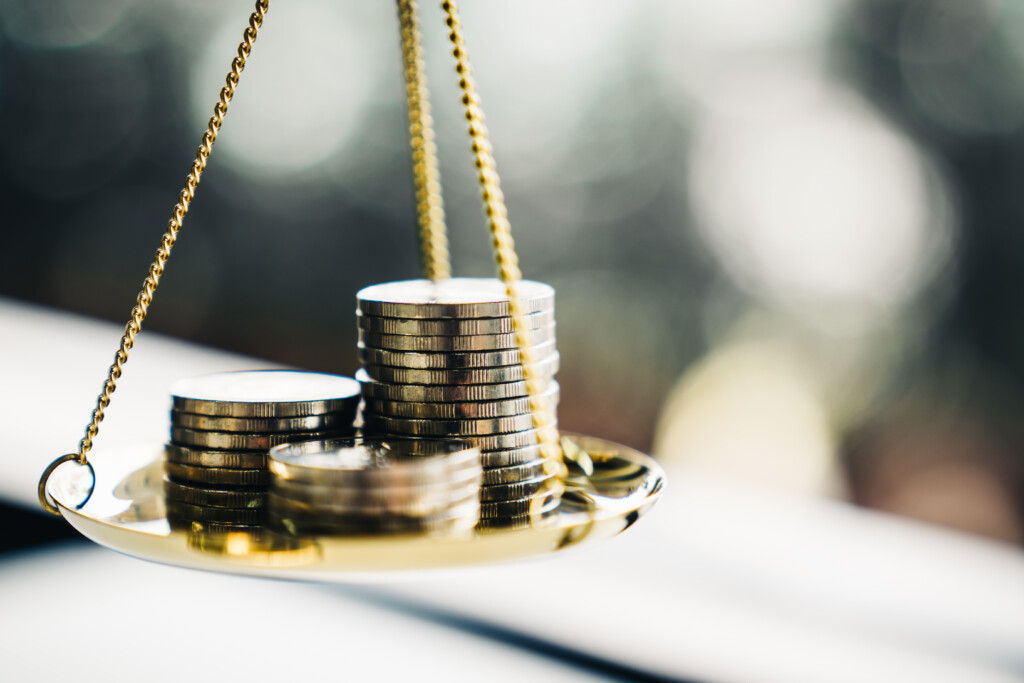 The Chancellor Jeremy Hunt’s Autumn Statement came against the background of a Spring Statement and a September ‘mini-Budget’ (which has now been substantially reversed). The overall context is a European recession and high inflation in the wake of the pandemic and the war in Ukraine.

The Autumn Statement was presented as a difficult and necessary exercise to restore confidence in the UK’s financial position. In October, Mr Hunt spoke of “decisions of eye-watering difficulty” and ever since there has been a regular flow of rumours/leaks about which taxes may increase, how long existing tax allowance freezes could be extended and in which areas spending cuts would fall.

The steady supply of information felt like a pre-Budget kite-flying exercise, so that when the bad news arrived it was at least not a complete surprise. But that did not make the wide range of measures announced on 17 November any less painful.

Just under half of the £55 billion consolidation came from tax and the balance from spending. Mr Hunt described his strategy as a balanced plan for stability, following two broad principles: asking those with more to contribute more; and avoiding tax rises that most damage growth. Nevertheless, the tax increases announced are substantial, according to Mr Hunt, with tax as a percentage of GDP increasing by 1% over the next five years.

The Chancellor said he aimed to deliver a plan to tackle the cost of living crisis and rebuild the economy with stability, growth and public services as the priorities.

The economic backdrop to the Autumn Statement was a challenging one, with the Chancellor confronted by a combination of over 11% inflation, recession and the need to re-establish the UK’s financial credibility. The question remains, however, whether the UK economy will fulfil the relatively optimistic growth forecasts now implicit in the projections of the Office for Budget Responsibility (OBR).

The first Economic and Fiscal Outlook (EFO) of 2022 from the OBR was published on 23 March, shortly after the invasion of Ukraine. Three prime ministers, four chancellors and nearly nine months on from the beginning of Mr Putin’s ‘special military operation’, the UK’s (and much of the world’s) economic prospects have changed significantly:

The class 1 primary threshold and class 2 lower profits limit will remain aligned with the personal allowance (£12,570) until April 2028.

The SDLT cuts affecting residential property in England and Northern Ireland, which were introduced in the ‘mini-Budget’ on 23 September 2022, will be reversed from 1 April 2025.

While no comment was made on fuel duty by the Chancellor in the statement, the OBR did flag up that if the temporary 5p a litre reduction for 2022/23 is not rolled over into 2023/24 and, for once, automatic fuel duty indexation is allowed to take effect, then there will be a total duty rise of around 12p a litre.

All UK-wide benefits, including state pensions (under the ‘triple lock’) and the standard minimum income guarantee in pension credit will increase by 10.1% from April 2023. Plans to create a new housing element of pension credit to replace pensioner housing benefit are now intended to take effect in 2028/29.

UC claimants will be able to apply for a loan to help with mortgage interest repayments after three months, instead of the current nine months. The zero earnings rule will be abolished in Spring 2023 to allow claimants to continue receiving support while they are in work and on UC.

The domestic energy price guarantee (EPG) will increase to £3,000 for one year from 1 April 2023 and equivalent support will continue to be provided in Northern Ireland. However, the parameters of the EPG scheme may be revised.

The support for households that use alternative fuels, such as heating oil, to heat their homes will be doubled to £200 for 2022/23.

The implementation of the plans to reform the funding of social care in England, recently legislated for in the Health and Care Act 2022, will be deferred for two years until October 2025.

The level at which employers start to pay employer NICs for their employees will remain at the current £9,100 until April 2028. The employment allowance will stay at £5,000.

The VAT registration and deregistration thresholds will stay at their current levels of £85,000 and £83,000 respectively for a further two years from 1 April 2024.

Business rate bills in England will be updated from 1 April 2023 to reflect property values on 1 April 2021. Transitional relief over the next five years will support businesses as they move to their new bills.

Support for eligible retail, hospitality and leisure businesses will be extended and increased from 50% to 75% business rates relief up to £110,000 per business in 2023/24.

Increases in the bills will be capped at £600 a year from 1 April 2023 for the smallest businesses that lose eligibility or see reductions in the supporting small business scheme or rural rate relief.

The improvement relief announced in the Autumn Budget 2021 will now be introduced from April 2024 and will be available until 2028. The relief is aimed at ensuring that ratepayers do not see an increase in their rates for 12 months as a result of making qualifying improvements to a property they occupy.

Following consultation, the government has decided not to introduce an OST, an idea put forward as an equivalent to business rates for online businesses.

The government’s review of the EBRS, which offers support to non-domestic energy consumers currently up to March 2023, will be published by 31 December 2022. The government recognises that some businesses may need support beyond March 2023, but such support will be significantly lower and targeted.

As announced in the Autumn Budget 2021, qualifying expenditure will be expanded to include data and cloud costs and support will be focused on innovation in the UK. The government will consult on the design of a single R&D tax relief scheme for all businesses.

The government will consult on proposals to incentivise further the production of culturally British content and to support the growth of the audio-visual sectors.

The government has accepted the recommendation of the Low Pay Commission to increase the NLW for individuals aged 23 and over by 9.7% to £10.42 an hour from 1 April 2023. NMW rates for younger workers and apprentices will be increased by similar percentages.

The 100% first-year allowance for electric vehicle charge points will be extended to 31 March 2025 for corporation tax and 5 April 2025 for income tax.

The requirement to make the renewal of certain licences in Scotland and Northern Ireland conditional on applicants completing checks to confirm they are appropriately registered for tax will now come into force for licence renewals from October 2023 rather than April 2023.

The government will refocus the investment zones programme to create a limited number of high potential clusters, working with local stakeholders, to be announced in the coming months. Existing expressions of interest will not be taken forward.

Tariffs on over 100 imported goods will be removed for two years to help reduce costs for UK producers.

By the end of next year, the government will decide and announce changes to EU regulations in the UK’s growth industries: digital technology, life sciences, green industries, financial services and advanced manufacturing.

In its consultation response the government said it would introduce a “simpler, clearer and much more tailored regime”. The required risk margin would be reduced significantly, with a 65% cut for long term life insurance business.

The proposed changes to the bank CT surcharge will go ahead, following the decision to proceed with the CT main rate increase to 25% from April 2023. This means that banks will be charged an additional 3% on their profits above £100 million.

The rate of diverted profits tax (on profits diverted out of the UK) will increase from 25% to 31% from April 2023, maintaining a six percentage points differential above CT.

Large multinational businesses operating in the UK will have to keep and retain transfer pricing documentation in a prescribed and standardised format set out by the OECD. This will help HMRC identify risks and conduct transfer pricing investigations more efficiently.

The energy profits levy will rise from 25% to 35% from 1 January 2023. The investment allowance will be reduced to 29% for all investment expenditure other than on decarbonisation. A temporary electricity generator levy of 45% will be charged on ‘extraordinary returns’ from low-carbon UK electricity generation.

Many of the proposals that emerged in Kwasi Kwarteng’s ‘mini-Budget’ on 23 September 2022 have been reversed. However, some remain. The more notable surviving changes are:

The 1.25 percentage points increases to all 2022/23 class 1 and class 4 NIC rates initially introduced by Rishi Sunak as Chancellor were scrapped with effect from 6 November 2022. The revised rates are shown on page 12.

The 1.25% health and social care levy, which was due to replace the NIC increase from 2023/24, was also abandoned.

The government also increased relief for first-time buyers, raising the 0% band threshold from £300,000 to £425,000 and the maximum value of property on which they can claim the relief from £500,000 to £625,000. These changes only affect England and Northern Ireland.

The Scottish Government has announced that it will set out its plans for land and buildings transaction tax (LBTT) in its Budget on 15 December.

The current £1 million level of the annual investment allowance was made permanent.

From April 2023, qualifying companies will be able to issue up to £60,000 of CSOP options to employees, doubling the current limit. The ‘worth having’ restriction on share classes within the CSOP will be eased, better aligning the scheme rules with the rules in the enterprise management incentive (EMI) scheme and widening access to CSOP for growth companies.

From April 2023, companies will be able to raise up to £250,000 of seed enterprise investment scheme (SEIS) investment – a £100,000 increase on the current limit. At the same time: the gross asset limit will be increased to £350,000; the company age limit will be raised from two to three years; and the annual investor limit will double to £200,000.

The SEIS, enterprise investment scheme (EIS) and venture capital trust (VCT) scheme will be extended beyond 2025.

The Office of Tax Simplification (OTS) will be abolished, to be replaced with a mandate to the Treasury and HMRC to focus on simplifying the tax code. 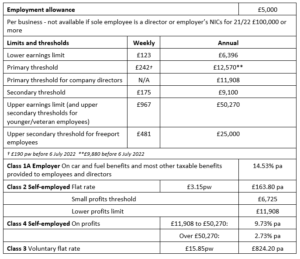 If you have any questions or would like to speak to a member of our Tax team, contact us here.

Please complete this simple form and we'll get back to you as soon as possible.