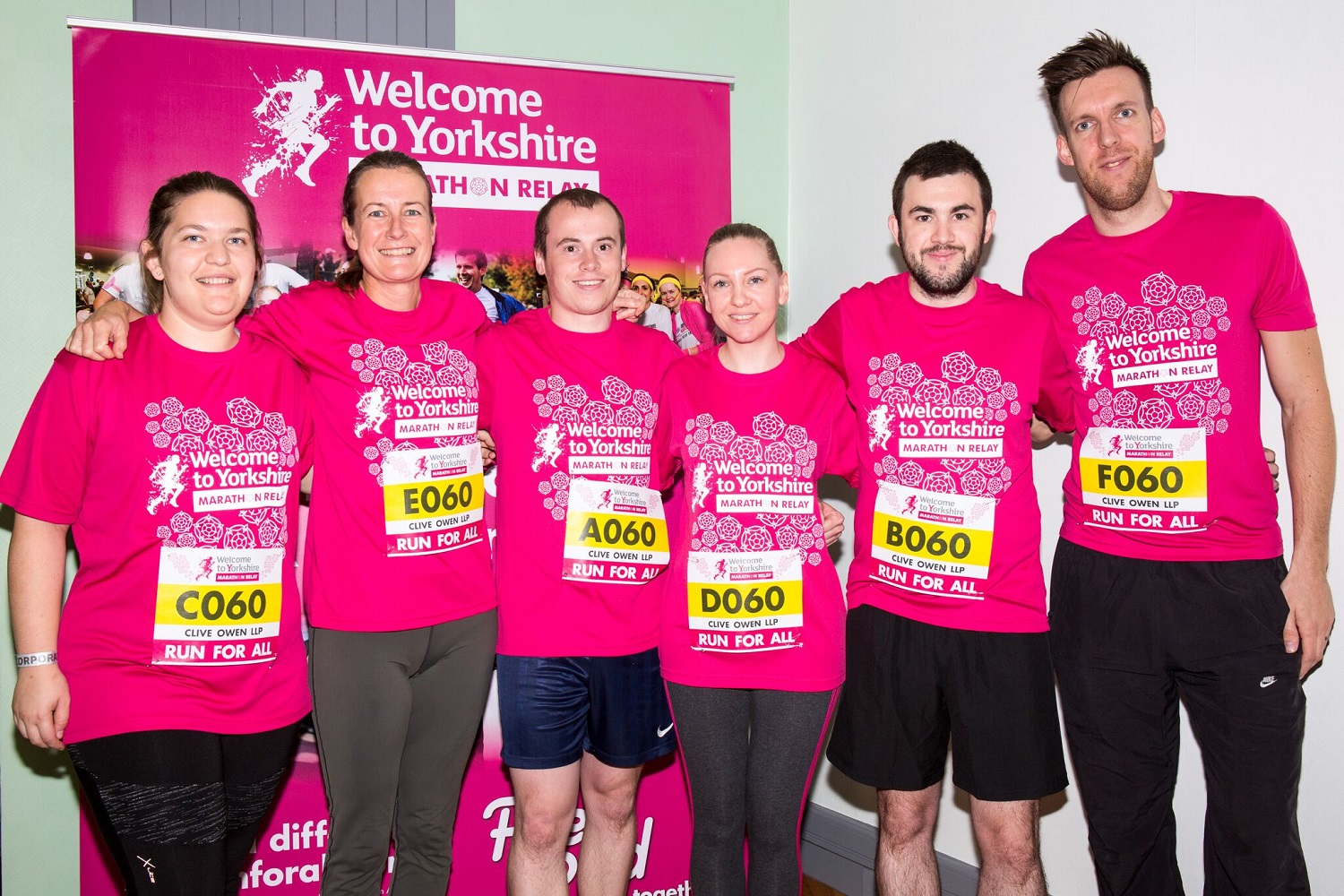 Clive Owen LLP employees in York have joined forces and taken part in the Yorkshire Marathon relay to raise money for five charities close to the competitor’s hearts.

Jonathan Doyle, Jacob Stewart, Peter Rek, Lisa Fletcher, Louise Greenwood and Helen Cozens each ran one leg of the marathon, completing it in a collective time of 04:01:46s, 13 minutes faster than last year.

The participants aim to raise £600 to split equally between each charity and are well on the way to achieving their target.

“It’s important to the firm that we support local charities and good causes, and, despite the aching legs, this was a really enjoyable way to raise money. The course around the stunning city of York and the surrounding countryside really helps to spur you on as a runner and running with colleagues as part of a team is a great experience.  Next year we are aiming for under four hours!”

« Corporation Tax – Indexation allowance – time to use it or lose it?
Budget 2018 – Predictions »